Seth Gruber: Defend All Life or Defend Culture of Death – No Grey Area 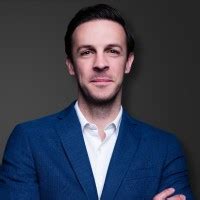 TODAY’S GUEST: Seth Gruber is a professional public speaker focused on equipping Christians and pro-life advocates. The son of a pregnancy resource center director, Seth Gruber was raised in the pro-life movement and has been speaking publicly on behalf of unborn children since the age of 19. Seth travels and speaks in Christian and Catholic high schools, churches, pro-life training seminars, and for pregnancy resource center banquets, engages in academic debate, and blogs and writes as cultural and political commentator.

He has spoken across the U.S. educating and equipping pro-life advocates to be a gracious and persuasive voice for unborn children. Seth Gruber is also the host of the podcast UnAborted! Seth has been featured by World Magazine, American Family Association (AFA), Christian Research Institute, Christianity Today, Life Site News, Live Action News, Students for Life of America, and many others.

We discuss the fact that many who say they’re pro-life are really not due to voting for abortion. Seth Gruber also shares some great insights and points from a biblical perspective you can use to refute demonic, pro-choice lies and weak arguments. This is a must listen and must share!

“Just a reminder in case you haven’t realize this yet: abortion is the greatest sacrament in the alternative religion of Secular Progressivism, or in this case Satanism.This misunderstanding between Liberty and Licentiousness is at the root of nearly every political disagreement today. Liberty is not the freedom to do whatever you want. Liberty is the freedom to do as you ought.”

“Liberty assumes a transcendent moral order. And when someone tries to defend the slaughter of innocent human beings by appealing to their “liberty,” you have a right and a DUTY to push back and stop their “licentiousness” from assaulting other people’s LIFE and LIBERTY.” Seth Gruber

Seth Gruber – A Voice For the Unborn – video promo

When Abortion Access Is At Stake, Suddenly The Left Remembers Men And Women Are Different

200 Resources You Can Trust

Is Christian Persecution in America Just Around the Corner?

The Church’s Dilemma with Israel

The Conflict of Freedom vs. Islam