by Stand Up For The Truth | Sep 13, 2021 | Bible Prophecy, Human Trafficking, immorality, Marxism 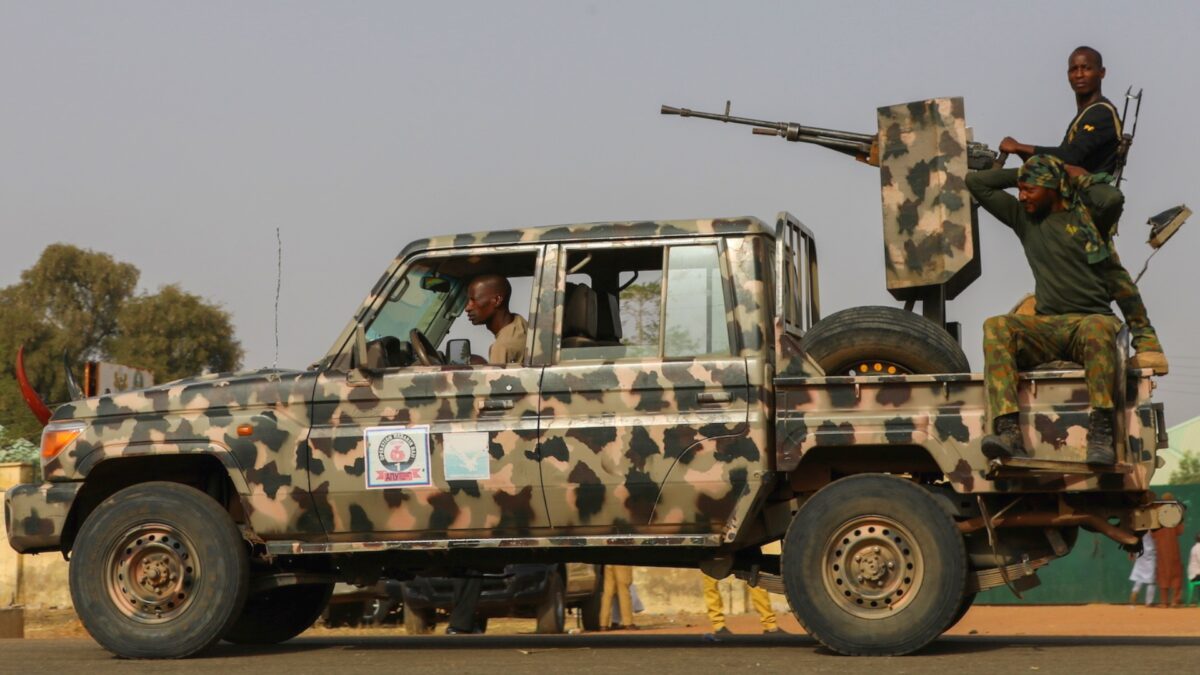 Security forces patrol as people wait for the arrival of the rescued schoolgirls in Jangebe, Zamfara, Nigeria, on March 3, 2021. (Afolabi Sotunde/File Photo/Reuters)

From The Epoch Times:

Dozens of students who were kidnapped by bandits from a school in Nigeria earlier this month have been reunited with their families, the region’s governor announced.

Zamfara State Gov. Bello Matawalle said in a statement on Monday that nearly 70 students were rescued with the aid of some bandits who sincerely regretted their wrongdoing, The Associated Press reported. The pupils were returned to their families late on Sept. 12.

A large group of bandits abducted the students from the village of Kaya in northwestern Zamfara State on Sept. 1, forcing authorities to close about 30 primary and secondary schools across the region.

Mohammed Shehu, a police spokesperson in the region, said in a statement at the time of the mass abduction that “armed bandits” stormed the Government Day Secondary School in the remote village, kidnapping a total of 73 children.

“The abduction followed the invasion of the school by a large number of armed bandits,” the police command said earlier this month.

“A search and rescue team has been deployed to work with the military to locate and rescue the abducted children … Security has also been beefed up at Kaya Village and environs to forestall further attacks on the communities,” it added.

Police confirmed that five of the 73 students were found safe one day after the attack after some bandits reportedly returned the abducted pupils, Nigerian news agency Punchng reported.