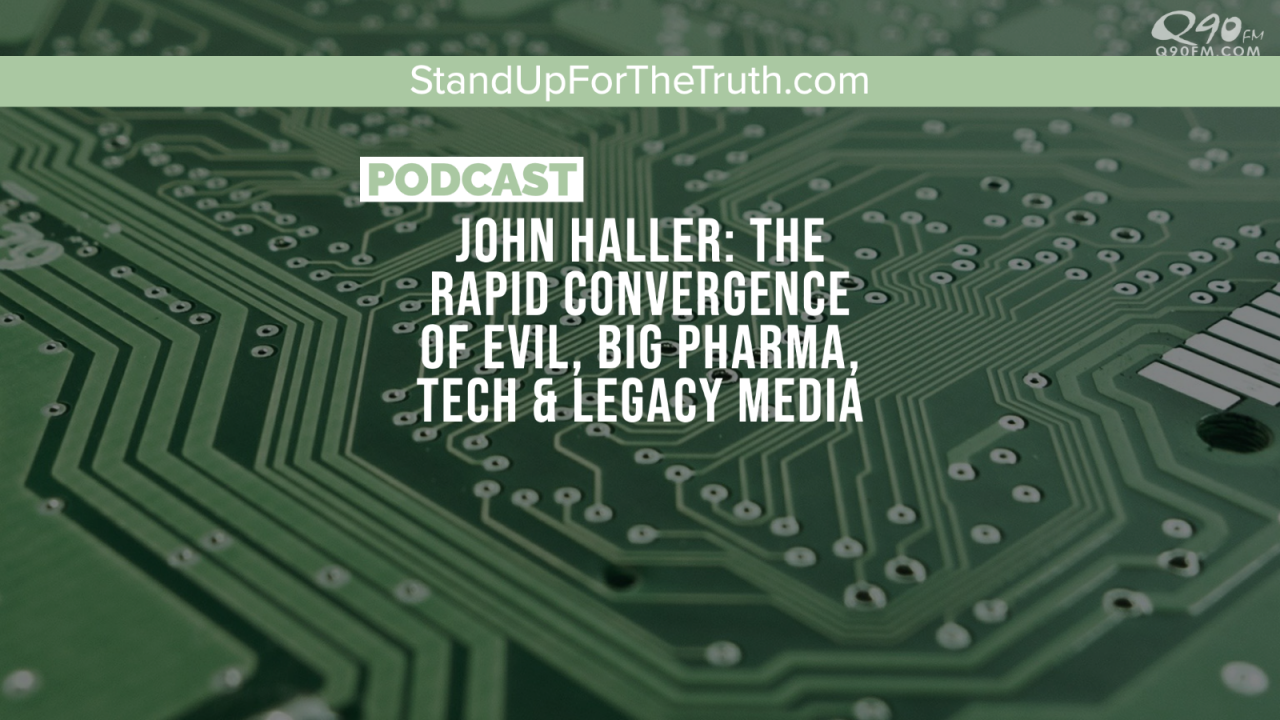 TODAY’S GUEST is John Haller is a pastor, elder, and teacher known for his weekly prophecy updates, but he has also been a trial lawyer for almost 40 years. John and his wife Pam helped start Fellowship Bible Chapel where he is an elder and pastor. His prophecy updates are available on the FBC YouTube channel and cover Bible prophecy, discernment, apologetics and worldview issues.

We discuss new revelations about the globalists and power elites behind the medical tyranny and the Great Reset we are being primed to endure. Plus, new regulations are starting to be enforced where unvaccinated people cannot enter grocery stores.  And, the big tech, liberal media, big pharma conglomerate wreaking havoc and censoring Americans.

“As director of the National Institute of Allergy and Infectious Diseases (NIAID), Dr. Anthony Fauci dispenses $6.1 billion in annual taxpayer-provided funding for scientific research, allowing him to dictate the subject, content, and outcome of scientific health research across the globe. Fauci uses the financial clout at his disposal to wield extraordinary influence over hospitals, universities, journals, and thousands of influential doctors and scientists—whose careers and institutions he has the power to ruin, advance, or reward.

Fauci, Gates, and their cohorts use their control of media outlets, scientific journals, key government and quasi-governmental agencies, global intelligence agencies, and influential scientists and physicians to flood the public with fearful propaganda about COVID-19 virulence and pathogenesis, and to muzzle debate and ruthlessly censor dissent.” Robert F. Kennedy Jr.

The Great Reset, Part VI: Plans of a Technocratic Elite

The Unvaccinated: An Inconvenient Control Group in a Sinister Social Experiment