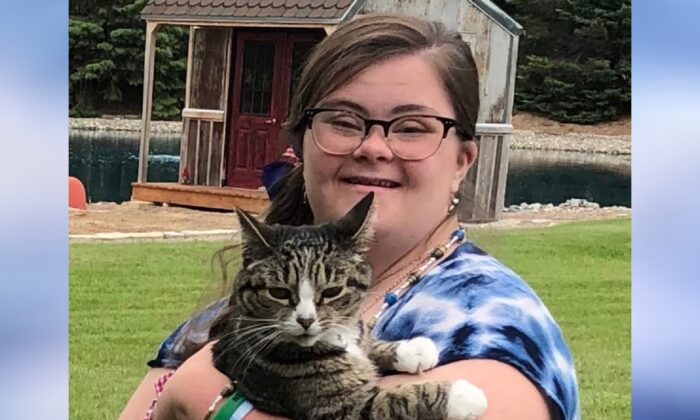 In a 14-page report sent to the hospital, Scott details the events leading up to Grace’s death, which he alleges was one incident of negligence after the other. Scott gives those details to people who connect with him on the website, www.OurAmazingGrace.net, where he highlights moments from her life and provides support and networking for people who have had the same experience.
A Different Experience

Scott later checked into St. Vincent Hospital in Green Bay, Wisconsin, where he said he had “a completely different experience,” despite being in worse condition than Grace.

He said they put him on vitamins and supplements instead of sedatives and anxiety medications, with a daily nebulizer treatment.

“They never pushed for a ventilator or remdesivir,” he said. “I truly believe that if Grace had come to this hospital she would still be alive today.”

Todd Callender, an international lawyer with Disabled Rights Advocates and legal counsel to the Truth for Health Foundation (spearheaded by Dr. Lee Vliet), told The Epoch Times he’s taken calls asking for help for cases like Scott’s every day since July 2021.

Both organizations investigate and give legal and medical support in areas of civil rights surrounding COVID-19 treatment and restrictive policies while researching future developments.

The protocols with which Callender has become familiar with and recognize in Scott’s case are passed down hierarchically from the World Health Organization (WHO) to Centers for Disease Control (CDC) and National Institute of Health (NIH) arising from the Public Readiness and Emergency Preparedness Act (PREP Act) and Health and Human Services authorization to release funding for the declared pandemic that sets the protocols in motion, Callender said.

From there, hospitals that are federally funded through Centers for Medicare and Medicaid Services (CMS) use coding tied to NIH and CDC-written protocols. If those hospitals take that funding, they must follow those protocols, starting with ICD-10 codes (International Classification of Diseases).

According to Callender, the CDC and NIH protocols are based on the WHO’s 2005 International Health Regulations that directs each of its 196 signatory countries to cede all sovereign powers to the WHO in the case of a declared health emergency.

“The WHO then directs the various state health bodies—in this case, the CDC and NIH—on treatment,” Callender said. “This is why every country is responding in the same way at the same time globally; it’s a back door to a one-world dictatorial government.”

When these protocols are passed down to the hospitals that take funding, under the emergency declaration, patients’ rights are waived under the CMS COVID waiver program in conjunction with the PREP and CARES Act, giving participating hospitals legal immunity.
In the Hospital

“Say a patient goes into the hospital for a broken arm,” Callender said. “That patient is given a COVID test, which the test will almost always come back positive, and if it doesn’t, they’ll test again until it does.”

Then, the patient is admitted and put on an IV bag with a tranquilizer that lowers their oxygen absorption, which then justifies putting the patient into COVID isolation where the antiviral drug remdesivir— which Callender called “lethal”— is added to the bag before being moved into the intensive care unit where the patient is then given morphine and fentanyl while being deprived of nutrition, Callender said.

Each of these procedures brings in high federal reimbursements of up to hundreds of thousands of dollars; however, pinning down a specific number reflecting an exact amount is difficult due to overlapping charges and variations from state to state.

And these protocols are enforced, Callender said.

“In 2006, the Department of Justice created a new program to merge public health with law enforcement, such that hospitals are now a part of the criminal justice enterprise and therefore enjoy the protection of in-house police who often arrest the disheartened family members trying to help,” Callender said. “Most every time I’ve called law enforcement to do a health, safety, and welfare check or civil standby, either the police refuse to come or issue trespass citations to my clients. In other words, law enforcement won’t do anything, and I’ve even filed criminal complaints with the FBI who refuse to help.”

A lawyer for a hospital in Ohio where Callender was attempting to remove a patient told Callender that his client “would die in his hospital and there was nothing I could do about it,” Callender said.

“He died there weighing only 85 pounds,” Callender said.

Similar stories have been reported, such as that of Scott Quiner, who doctors in Texas said they found malnourished when Scott’s wife Anne went through a legal procedure to have him moved out of a hospital in Minnesota where she alleged negligence was taking place.