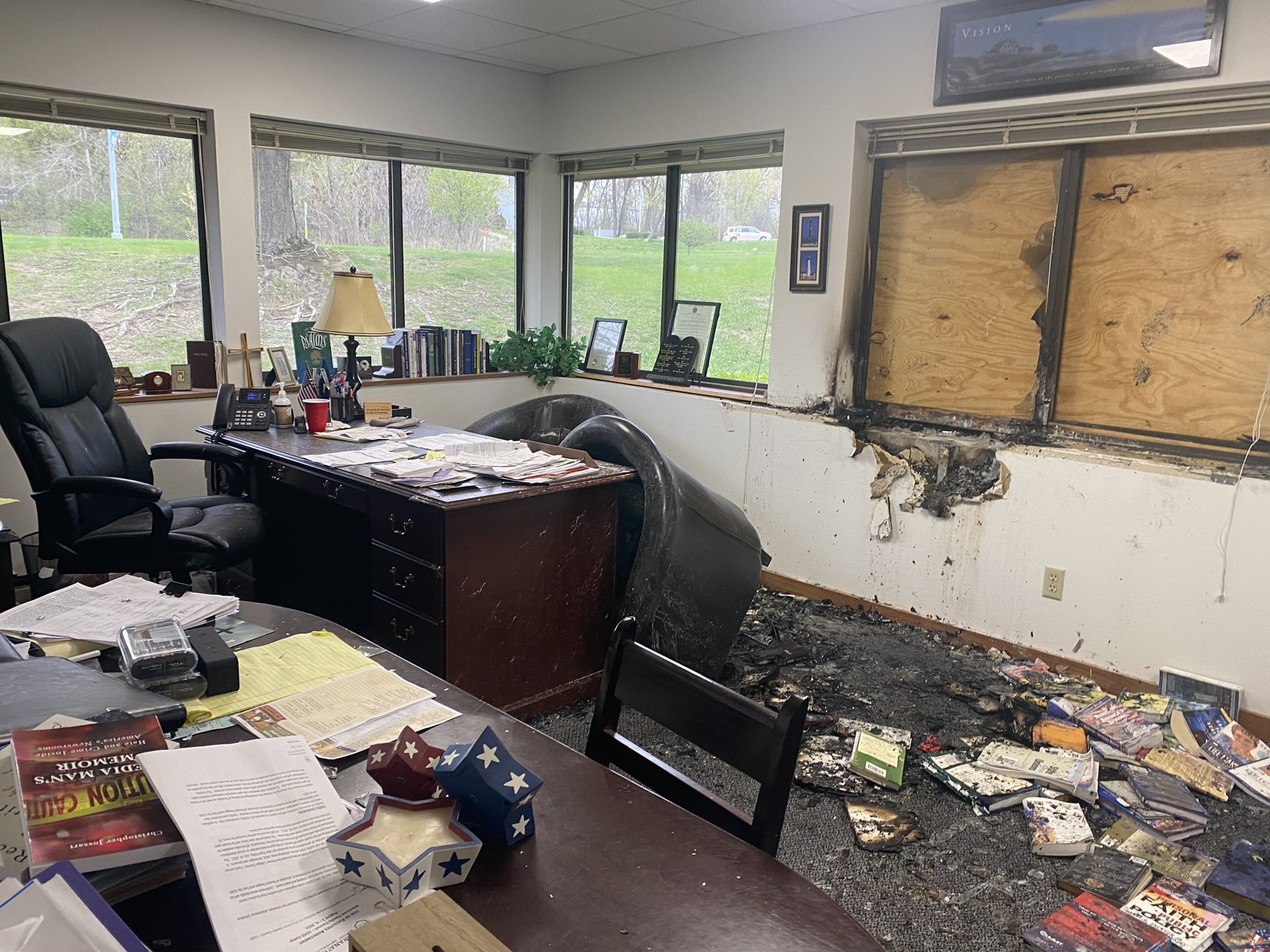 Julaine Appling, is president of a pro-life non-profit called Wisconsin Family Action, and her offices were bombed in an arson attack Sunday, Mother’s Day, when someone smashed a window and threw a Molotov cocktail inside its Madison office. Appling said the act of violence was “a direct threat against us.” I say it’s a hate crime. The message spray-painted outside the building was a threat and warning to those who believe the Bible and defend innocent life in mother’s wombs: “If abortions aren’t safe then you aren’t either.” Is this not a form of terrorism?

Now, even more pro-life groups or facilities are being violently attacked.

Before we go on, what’s at the heart of this pivotal debate over human life? Author and founder of Stand to Reason, Greg Koukl narrows down the abortion debate to one simple question. And it’s not about redefined words like choice, privacy, rights or reproductive freedom. Here’s how he explains it:

Imagine your child walking up when your back is turned and asking, “Daddy, can I kill this?” What is the first thing you must find out before you can answer him? You can never answer the question “Can I kill this?” unless you have answered a prior question: What is it? Abortion involves killing and discarding something alive. Whether it is right or not to take the life of any living thing depends entirely upon the question “What is it?”

Let’s reason together for a moment. The answer to this one question is crucial and trumps all other considerations. What or who exactly is in a pregnant mother’s womb?

…But many on the left have believed in judicial supremacy, bought the lying talking points, and have received their marching orders. 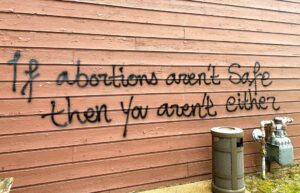 “My Body My Choice” was painted on a door of the church and “Keep Your Religion Off Our Bodies” on an exterior wall. Remember, the baby’s body is not the mother’s body – for those who ‘follow the science.’ And speaking of religion, in the Old Testament, cultish rituals including sexual activity caused many women to get pregnant, which the worshipers of a false god would ‘offer up’ babies to be burned on the statue in the image of Molech.

WISCONSIN FAMILY ACTION RESPONDS TO ATTACK ON ITS OFFICE

Only One Question: Compelling Answers to the Abortion Rights Challenge