The Allure and Danger of Socialism 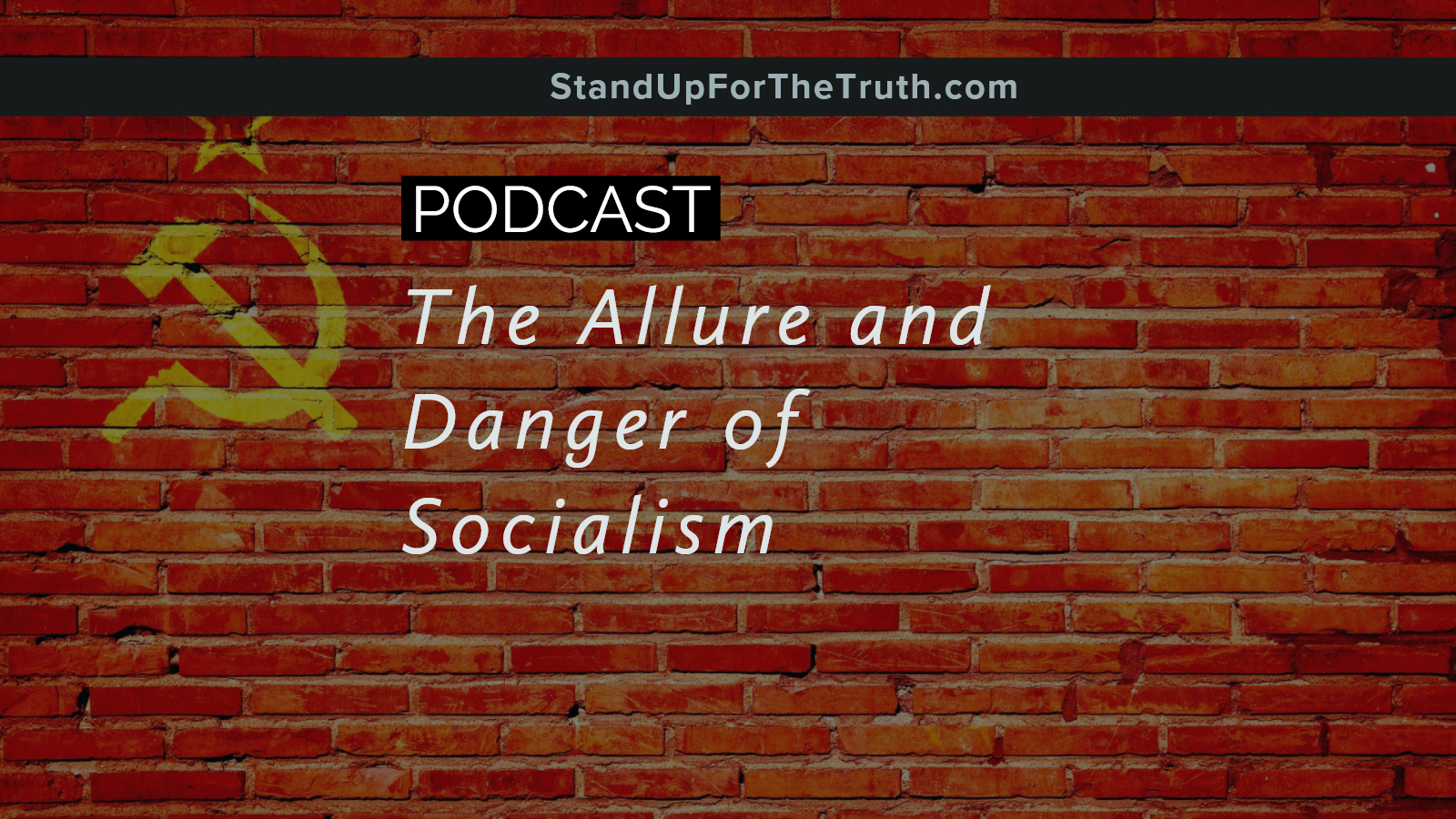 Gary has written two best-selling books detailing his experiences and explaining the goals of the one-world/interfaith movement. His books, En Route to Global Occupation and The New World Religion, are fully documented and are critical in understanding today’s global developments – including the unfolding financial crisis and rapidly changing events in the Middle East.

What is the world coming to? Many have speculated, but few people really have the facts and Christian worldview to understand the times in relation to Bible prophecy. And the question that concerns us is where does America stand in end times.

Today, Gary Kah answers some of your questions, literally. Many listeners emailed or called in questions for Gary prior to today’s broadcast. He is an expert guest who has been researching the coming one world religion and government for several decades.

DISCUSSED ON THE PROGRAM

In the conclusion of his article, Gary Kah writes:

I personally believe we may have passed the point of no return as a nation when Barack Obama was elected for the second time. The current efforts to stop the forward progress of the new world order are probably too little too late. We must realize that no one man, or woman, no matter how talented or smart, can lift America out of its current declining, spiritually-depraved condition. Only the Lord, working through His dedicated vessels, could turn things around.

There remains the possibility that if Americans, on a large scale, truly repent and bow their proud hearts in humility before our almighty and merciful God, He will hear our cries and intervene on our behalf. I believe He will only respond if we seriously repent and turn back to Him. If we do not, America as a nation will get whatever she deserves. Throughout history God has blessed and cursed nations according to their pursuit of His truth and purposes, or the lack thereof. America’s day of reckoning is at hand. Therefore, my fellow Countrymen, repent and yield your hearts to God.

For those of you already walking closely with the Lord, remember that our final home is not in this world. The supreme hope which keeps us going should come from knowing that our eternity in Heaven is secure because of what Jesus our Savior has accomplished on our behalf. So, when dark times descend on planet Earth, we must remind ourselves of this greatest of all hopes and continue to thank the Lord through our worship and loyal obedience to Him!

Be very careful, then, how you live ―not as unwise but as wise, making the most of every opportunity, because the days are evil. Ephesians 5:15-16

Studies show a majority of younger people now approve of socialism, and one reason is the public education and liberal media portray it as something good.  How else do you explain its modern popularity? Instead of the human utopia it is presented as, it is actually godless government control leading to communism.

Socialism is used to imprison the very people who call for it, and force worship of government above God. Curtis Bowers has produced eye-opening, award winning documentaries on how socialism and “social justice” have even crept into the philosophies of the American church.  He joins Mike and David in segment 2.

In our first segment, Julaine Appling of Wisconsin Family Council joins us to look at the recent Wisconsin Supreme Court election and its possible impact on abortion and religious freedom.

AGENDA: Grinding America Down – the first documentary by Curtis Bowers

Background: When Idaho legislator Curtis Bowers wrote a “letter to the editor” about the drastic changes in America’s culture, it became the feature story on the evening news, people protested at the capitol, and for weeks the local newspapers were filled with responses. He realized then… he’d hit on something.

Ask almost anyone and you’ll hear, “Communism is dead! The Berlin Wall came down.” And though the word communism isn’t used anymore, this film will show the ideas behind it are alive and well.   Join Bowers for a fascinating look at the people and groups that have successfully targeted America’s morality and freedom in their effort to grind America down. It’s not just another conspiracy theory. It’s a well documented agenda.

“I’m Curtis Bowers and I made this film because I hoped that once you saw the facts you would realize what I did after researching this topic… what has happened to America hasn’t been an accident.   Now is the time to get involved before the “Left” accomplishes their goal of destroying the greatest country in ALL world history!”