The Best! Pastors and Patriots: 2020 Podcasts on God & Government 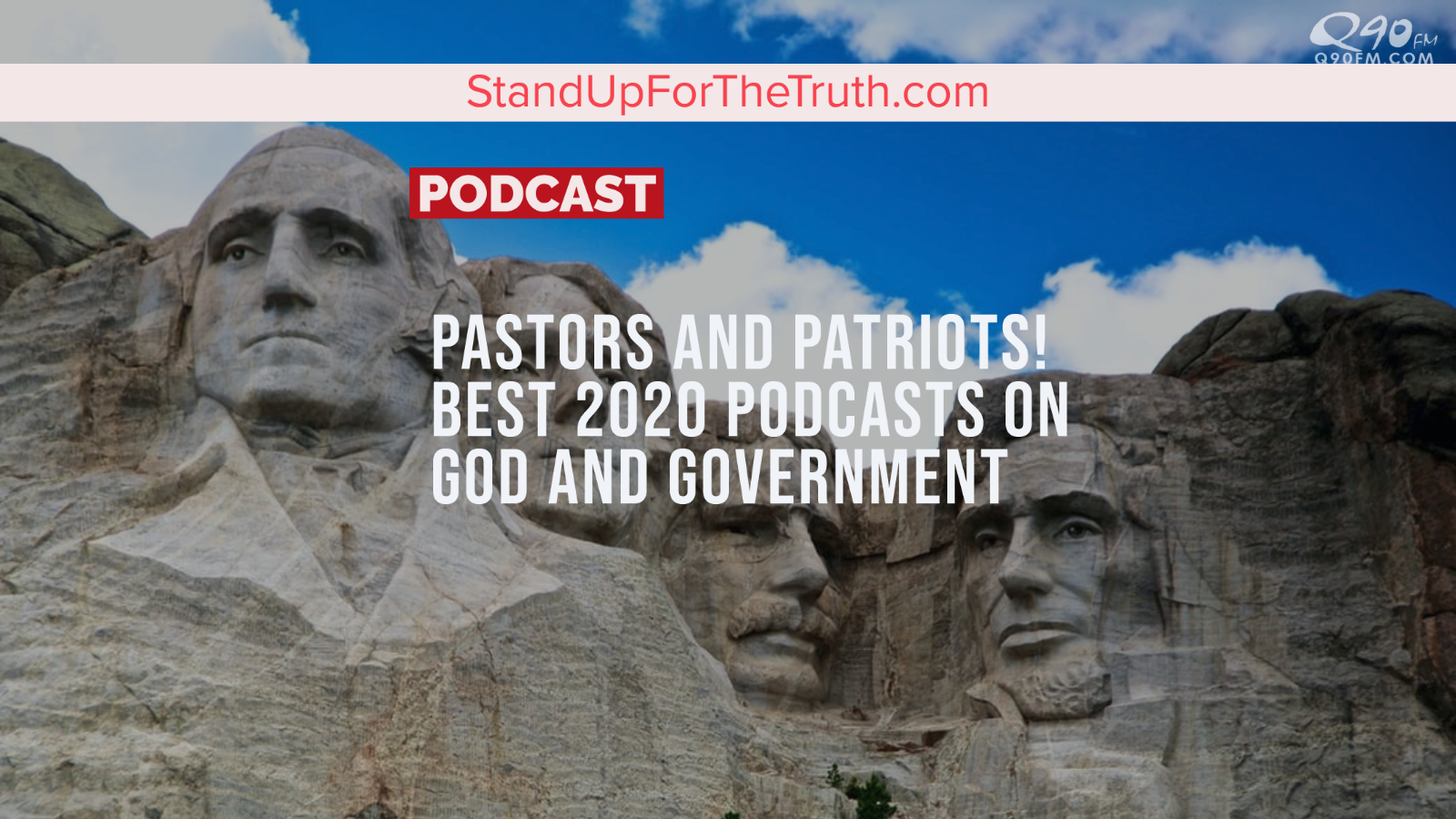 In light of the urgency of the hour for the Church and America, the godless threat of this present darkness, and these prophetic times we find ourselves in, we wanted to share some of our favorite guests, boldest pastors, and most popular podcasts from this year. Please share this post to challenge, encourage, equip, and inform those in your sphere of influence!

For more than 30 years, Trevor Louden has researched radical left, Marxist and terrorist movements and their covert influence on mainstream politics. These anti-American, communist forces must be exposed and countered, as America’s continued role as a bastion of freedom is pivotal for the future of western civilization. PAUL BLAIR: AMERICA AT A CRITICAL CROSSROADS FOR FAITH AND FREEDOM

Our nation is at a tipping point and the church is struggling. Our passion must be for the salvation of souls and the restoration of Godly morality in America! Each person, family, and church must take responsibility for impacting their own neighborhood, community and state. STEVE SMOTHERMON: A TIME TO FIGHT! FOR CHRIST, TRUTH, FREEDOM

We discuss the battle between churches and government over obeying God and religious freedom; blatant media bias and open censorship of American citizens by Big Tech, the role of pastors as military leaders rather than CEOs, and the need for more Christians to stand for righteousness and truth!

True believers can and should have a major impact on the morality of a nation. This is part of being the salt and light Jesus called us to be. Christians must impact presidential elections by letting our voices be heard at the ballot box, but millions fail to engage in the political process. Enough is enough!

What is really at stake in this 2020 election? We answer this question by going to the Bible, then comparing the platforms of the two major parties side-by-side on critical issues where the God of Scripture has clearly spoken. It’s the ancient battle between what the founders intended versus the ‘evolving document’ theory to the United States Constitution (taught in most laws schools today).

In American history, patriot pastors entered their pulpits every Sunday dressed in their black clerical robes and stirred the hearts of their congregations. Many of them went to actual battle for our freedom! Christians not only have the right, but the responsibility to speak up about evil and stand up to tyrannical leaders.

JAN MARKELL: WHAT ELSE CAN POSSIBLY HAPPEN IN 2020?

Talk about the strong delusion taking place across America; moral relativism, young people favoring socialism, vaccines, and the church’s response to COVID craziness, social justice, and Black Lives Matter. Jan’s ministry focus is pro-Israel, prophecy-oriented, and discernment-focused, striving to help you understand the times and contend for the faith. 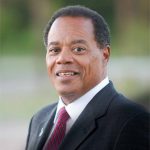 We are witnessing through the Black Lives Matter movement deliberate efforts by the Left (liberal progressives) under the influence of Marxists to infiltrate and manipulate the black community. Their agenda is to replace capitalism with socialism and to ultimately remove the influence of our Judeo-Christian heritage from the public square. They are stirring passions into a climate of militancy, dividing people by groups and race.

We discuss ‘masculine Christianity’ and the need for bold men of God in today’s culture. Scott is a writer, speaker, attorney, pastor, human rights consultant, and missionary for more than 30 years on five continents. We share his passion for Truth and the goal of restoring a Judeo-Christian consensus in America and advancing the Biblical worldview around the globe. If the current downward spiral of sin and chaos continues, our days as a free nation are numbered. I’m merely stating the obvious – that without the direct intervention of God, we are sunk! Groups and entities are coming against Christ, the truth, and against America; some history of Black Lives Matter, Marxism, Joe Biden pushing Islam, Pope pushing interfaith prayer, Democrats pushing lawlessness, and the importance of the 2020 presidential election. We discuss the recent Supreme Court decision “protecting” LGBT employees and what that means for churches, and the advancement of the radical sex agenda in public schools. Heidi gives an update on her home state of Washington, Seatte, and ‘Rona’ virus tyranny. As state government leaders lose their backbones, there has been a dramatic spike in Homeschooling interest; the great mask debate, and attacks on police.

What’s really going on behind the scenes in public schools? We revisit some past history involving the dramatic moral decline; humanism and secularism. We touch on the increase of anti-Christian curriculum, teachers, and the deep state as Alex Newman shares some thoughts on The Great Re-Set, the globalist push to dismantle the USA, and what some are calling the “LGBT invasion” into the government school system. How should the church respond to mandates and lockdowns? For the first time since Constantine in the 4th Century, churches were closed on Easter 2020. What did JB Hixson mean when he referred to the “Controlavirus scamdemic”? He shares facts and research to back up his comments about the agenda to use this virus to usher in a one-world system.

ELIJAH ABRAHAM: CHRISTIANS, POLITICS, VALUES & VOTING Former Muslim, evangelist Elijah Abraham discusses the many challenges for Christians in the age of the big Virus as well as the political division in both culture and church.  Plus, there are basically three voting options and one is to not vote at all. Elijah explains why Christians must vote and help cultivate an environment conducive to the gospel.

We discuss the importance of pastors preaching the whole counsel of God and to stand for truth and righteousness today; teaching their congregations about political and worldview issues; we tackle two of the biggest threats to America: the “Red-Green axis” = communists and globalists aligning with Islam against Christianity and our Constitution. We address the chaos in Kenosha, WI; the close of the Republican National Convention and Trump supporters attacked by Democrat mob, the dangerous decline of law and order, politicizing COVID treatment HCQ, and speculation on what could be election mail-in mayhem in November. JAKE JACOBS: FREEDOM OR MOB RULE? WHAT SAY YOU, AMERICA?

Angry mobs of anarchists, progressives, and socialists are raging in our streets, bringing violence and destruction to neighborhoods once found safe and peaceful. It didn’t start in 2020. Among these rioters and looters are naive young people who are easy targets for leftist recruiters. Who are these mobsters and why have they rejected God, truth, democracy, and capitalism?

Pastor Shane Idleman says there’s no plan B and America needs revival! “Change will only occur when there is a strong conviction of sin, accompanied by genuine faith, humility, and repentance… [to pastors] We must stop confusing God’s patience with His approval, open churches and preach with conviction from the pulpits again.” Dr. Duke Pesta is a speaker, educational reformer, university professor, high school teacher, and the administrator of Freedom Project Academy, We discuss the current state of education in America and why Christian parents should be alarmed and moved to action. Pesta is very concerned about the policies a Joe Biden, Kamala Harris presidency would bring.

MATT TREWHELLA: WE CAN LOVE OTHERS, CONFRONT EVIL AND DEFY TYRANTS

Pastor Matt Trewhella discusses Missionaries to the Preborn, the response of church leader to COVID, and the Christian duty when it comes to holding government accountable and confronting evil in society. Whatever happened to checks and balances and men of God speaking out against sins now being celebrated in America?

JULAINE APPLING: SO MUCH AT STAKE IN THE 2020 ELECTION! SAIKO WOODS: WHAT’S HAPPENING TO AMERICA – AND WHAT NOW?

We talk social justice, the Christian church in America, the need for more patriot pastors, Christians who avoid politics; voter fraud, election results; Biden got more votes than Obama? First, this is about worldview! It’s a spiritual battle, demonic at its core. And Christians must be prepared for what is to come. Another study finds that masks do not effectively protect people from viruses. In fact, more evidence suggests masks cause more health problems, especially among children! We address religious freedom and how speech and liberties are being censored and infringed upon. DAVID FIORAZO: IF WE HATE EVIL, WHY DON’T WE ACT LIKE IT?  How should true, Bible-believing, Christians respond to blatant lawlessness and all that’s coming against us? We must stand against evil. We must share the gospel and pray for our enemies that God would have mercy on their souls. But we must show them no mercy politically. Their worldview is anti-Christ and their end is destruction.

Will you take a stand for righteousness or cave to culture? The battle is real, the players are moving, spiritual warfare is intensifying. Truth must never be sacrificed for the sake of perceived “unity.” Why are we allowing an anti-Christ, secular society to influence us?

Battle for the Soul of America: Christians & “Politics”