David A.R. White: God’s Not Dead, We The People, Plus News

by Stand Up For The Truth | Dec 15, 2021 | Christianity, Entertainment, Hollywood, Liberalism, Persecution, Podcast 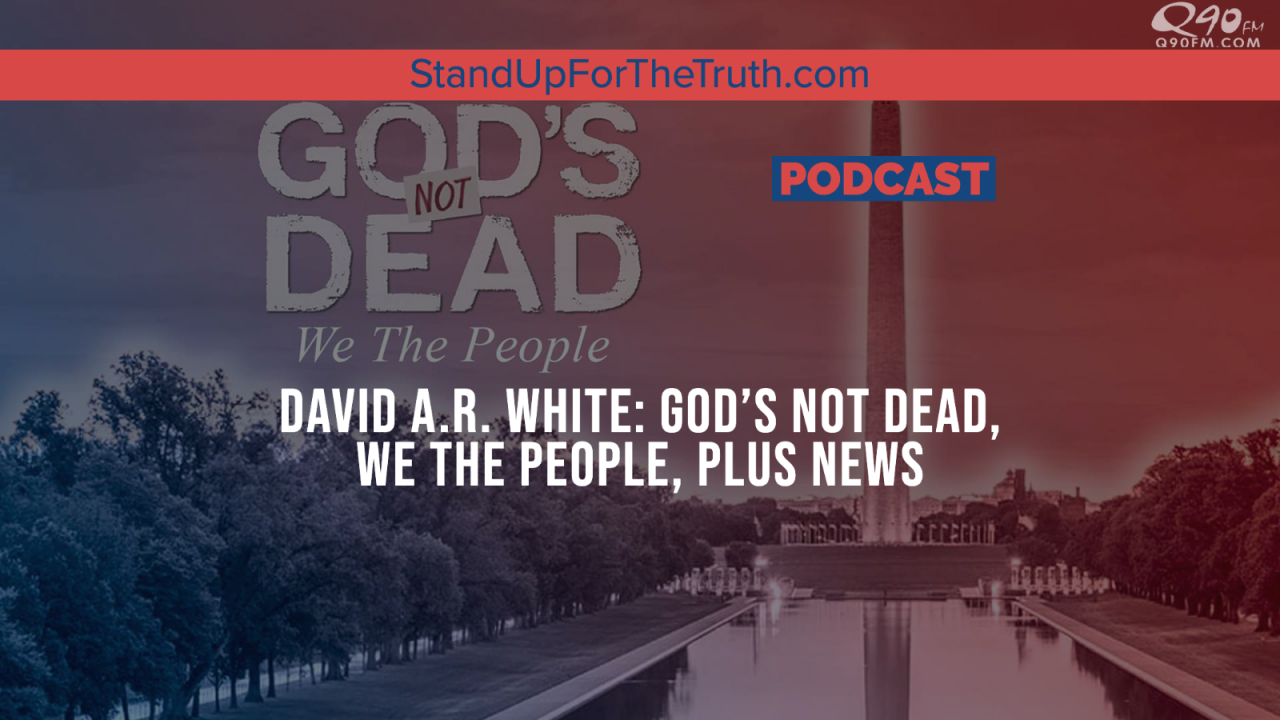 TODAY’S GUEST is DAVID A.R. WHITE, one of the most recognizable actors in faith films including the God’s Not Dead films. David started his career co-starring on Evening Shade with Burt Reynolds, but growing up, his father was a Mennonite pastor. He dropped out of  Moody College and headed for Hollywood. They always told him make sure God is first in your life.

David and his two friends became the founders of Pure Flix – now the #1 indie faith studio in the world, and in 2020, SONY acquired Pure Flix streaming service. David is also a founding partner of Pinnacle Peak Pictures that is releasing several faith films.

God’s Not Dead – We The People

is an uplifting and inspirational film about family, education, faith and hope. Available now on Digital and DVD and includes exclusive, bonus content. Reverend Dave (White) is called to defend a group of Christian homeschooling families. He finds himself taken aback by the interference of the government, and believes their right to educate their own children is a freedom worth fighting for. He is called to Washington DC to testify in a landmark congressional hearing that will determine the future of religious freedom in our country for years to come. It prompts audiences to ask the compelling question: If your individual liberties are threatened … What Would You Do?

Love On The Rock – film mentioned by David White

The Unvaccinated: An Inconvenient Control Group in a Sinister Social Experiment