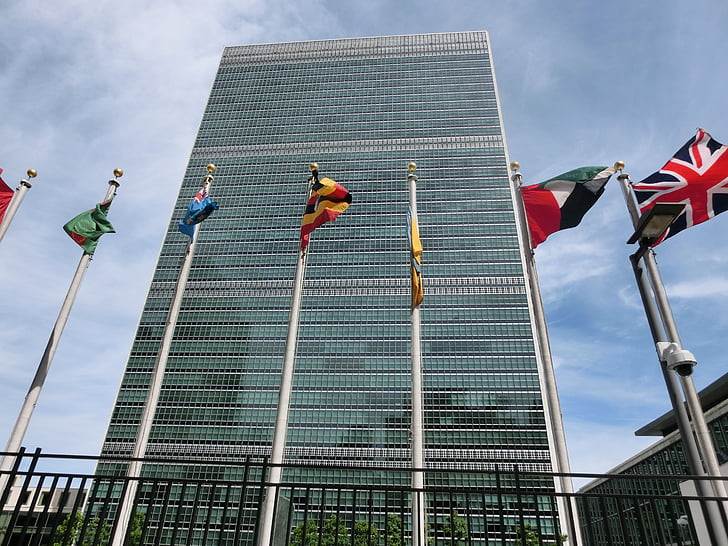 The controversial UN statue “guardian of peace and security,” has now been removed from the United Nations headquarters in New York. The statue garner widespread backlash from Christians who noticed the striking similarity in its characteristics to a beast described in the Book of Revelation representing the antichrist.

The spokesperson for the Secretary-General, Stéphane Dujarric, insisted that the statue “was a temporary exhibit” removed as scheduled.

Whether its removal was scheduled or not, Christians familiar with Bible Prophecy, maintain that the fact that the UN would put up such a display demonstrates just how close we are to the Return of Jesus.

Christians Post, in their article reporting on this development, claimed that the removal of the statue demonstrated that it was “likely not the harbinger of the apocalypse some Christians presume.”

However, Harbingers Daily Editor Breanna Claussen responded to the Christian Post, stating that “it is a mistake to discount or mock the Biblical significance of the statue, even after its removal.”

“The UN received a massive response from the Christian Community and faithful pastors who sought to bring to light that the stage is being set by world leaders for the approaching anti-christ,” she said.

“If anything, the removal of the statue demonstrates that the restaining power of the Holy Spirit is still at work, and it will be until the church is removed at the time of the Rapture,” Claussen explained. “The Bible says that prior to the anti-christ or ‘lawless one’ stepping onto the world stage, lawlessness will already be ‘at work.’ It is the Holy Spirit that dwells inside each believer that restrains the progression of this lawlessness until the Body of Christ is removed.”